When you’ve been injured, you need more than a personal injury lawyer. You need an advocate.

If you’re an injury victim, we understand what you’re going through. As if your physical suffering wasn’t enough, your future is uncertain and you face the prospect of financial challenges. You may not know how much time you’ll be away from your job, or how much money you’ll need for medical care and expenses.

At Bentoff & Spero, our history of success is due not just to our deep knowledge of personal injury law, but to our dedication to the individual—we will treat you with respect, and handle your case as if our own rights were on the line.

Keep in mind that insurance companies want to settle your case quickly and for the lowest possible amount. But no personal injury case should be settled before the full extent of your harms and losses are realized.

We handle personal injury and wrongful death cases on a contingent fee basis. This means there is no attorney fee unless there is a recovery in your case. After graduating with a Bachelor of Science in Business from Indiana University in 1986, Scott Spero attended the Cleveland-Marshall College of Law, where he served as President of the Student Bar Association. Upon graduating from law school and being admitted to the Ohio Bar, Scott served as President of the Cleveland-Marshall Law Alumni Association.

For the first dozen years of his career Scott was fortunate to have the privilege of practicing law with his father, Keith E. Spero, also a personal injury attorney, and former President of the Ohio Academy of Trial Lawyers (now called The Ohio Association for Justice).

When his father retired, Scott teamed up with Jerry Bentoff, whose remarkable legal knowhow and way with people mirrored Scott’s own qualities. Together they cemented Bentoff & Spero’s reputation for loyal determination to their clients, helping and supporting them through times of need and upheaval.

Scott is admitted to the U.S. District Court of the Northern District of Ohio and a member of the Ohio Association for Justice, the Ohio State Bar Association, the Cleveland Bar Association and the American Trial Lawyers Association. Scott also currently serves as President of the Shaker Heights High School Alumni Association.

In his spare time, Scott enjoys spending time with his wife and their two sons.

Over the course of half a century, Jerry Bentoff built a reputation in the Cleveland community as a premier injury lawyer. His success, both as a negotiator and litigator, won the gratitude of his clients and the respect of his peers.

But even more than for his legal acumen, Jerry will be warmly remembered for the unique way he had with people, and how he enriched all with whom he came in contact -- client or opponent. This humanity, and his passion for representing individuals who had been wronged, are just some of the qualities that made him an exceptional injury lawyer. Jerry genuinely liked people; it was not in his character to judge or stereotype others. This enabled him to be a truly ardent advocate for his many thousands of clients, representing each with compassion and dedication.

Jerry passed away in November of 2009, after a brave battle with cancer. Today, his partner and son-in-law, Scott Spero, proudly carries on the principles and values that Jerry Bentoff epitomized, as well as Bentoff & Spero’s long commitment to individuals’ rights. 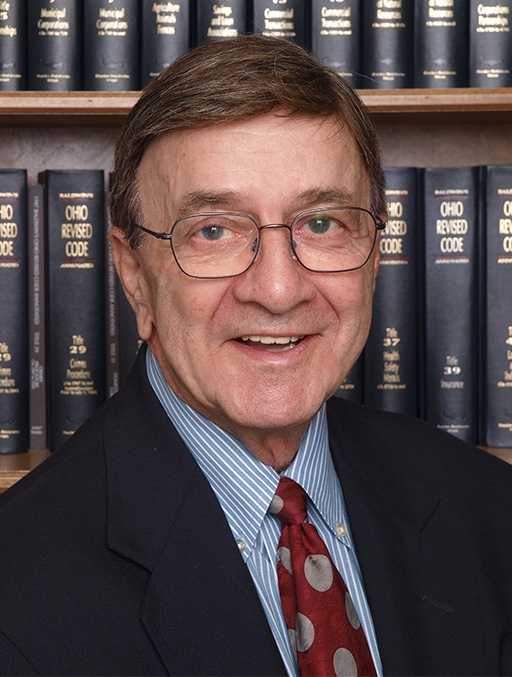 Cleveland Personal Injury Attorney Scott A. Spero handles cases throughout Ohio counties and communities including but not limited to:

Fill out the form below to recieve a free and confidential intial consultation.

THANKS FOR DOWNLOADING IT

You'll be redirected to the App Store, if not click on this link.